Whether an E&I upgrade to a gas compressor station or a multi-discipline design and build of a LPG tanker loading bay we can ensure all aspect of your projects are taken care of. We want to take away your problems and manage the whole process for you while providing you with all the feedback and reports you need in order to have confidence the project is being delivered as you would expect.

Our internal systems and processes are designed to let the different disciplines act as a single, highly effective team. This allows our managers and engineers to be as flexible as possible and react quickly to your needs. Our focus is on giving you an excellent service and delivering your projects when you need them.

Our engineering team thrives on the challenge of being involved in a full detailed design and build project where they can see their designs being built by our own installation team and they have the opportunity to be involved in the commissioning of your site. This passion for seeing things through from start to the finish means you can relax in the knowledge that we are as interested as you are in the successful completion of your project.

If required we can assist you through all stages of third party vendor management. From request for quotation to bid evaluation and proposal for procurement, we ensure you get the best technical and commercial offer available, and professionally manged delivery from all third party suppliers. 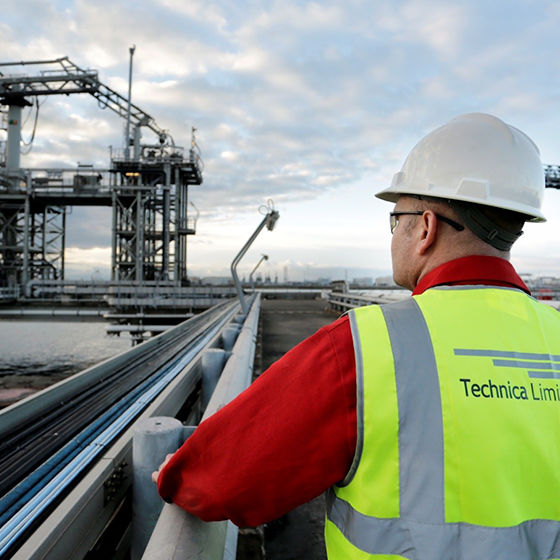 As a result, the project took less than a year to design, permit and construct for £40 million; onetenth the cost of a traditional onshore terminal.

The project allows the regasification vessel to revaporise gas onboard the ships and offload high pressure gas through a specially designed off-loading arm, across a jetty and into a pipeline.

This delivers the gas into the National Transmission System at the Teesside Gas Processing Plant operated by PX (TGPP) Limited. The GasPort facility was commissioned in 2007 and immediately put into service to allow Excelerate Energy to deliver at peak rates of up to 600 million cubic feet of natural gas per day.

It is capable of initially importing up to 4 LNG cargoes per month, each containing the equivalent of approximately three billion cubic feet of natural gas.