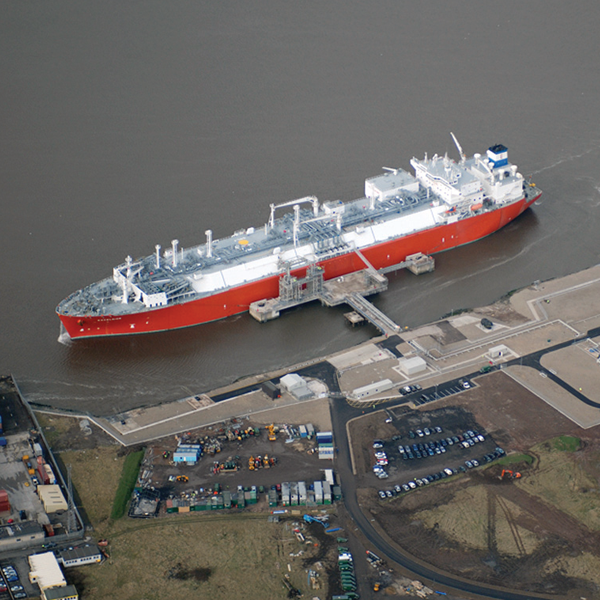 Built to accommodate the proprietary technology of Excelerate Energy’s specialised Energy Bridge Regasification Vessel fleet, the GasPort project required less land-based infrastructure than conventional onshore terminals. As a result, the project took less than a year to design, permit and construct for £40 million; onetenth the cost of a traditional onshore terminal.

The project allows the regasification vessel to revaporise gas onboard the ships and offload high pressure gas through a specially designed off-loading arm, across a jetty and into a pipeline. This delivers the gas into the National Transmission System at the Teesside Gas Processing Plant operated by PX (TGPP) Limited.
The GasPort facility was commissioned in 2007 and immediately put into service to allow Excelerate Energy to deliver at peak rates of up to 600 million cubic feet of natural gas per day. It is capable of initially importing up to 4 LNG cargoes per month, each containing the equivalent of approximately three billion cubic feet of natural gas.
Technica were engaged by Murphy Pipelines Ltd to design, manage and install the entire Electrical, C&I, Fire & Gas, Security and Control System scope of works.